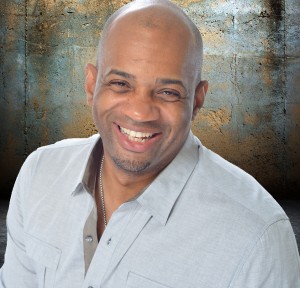 Pastor Stevenson was born the first of three childrento Mr. Freddie Stevenson, Jr. and Martha Stevenson.Having grown up in the church and having been filled with the Holy Ghost at the age of (13) thirteen, Pastor Stevenson would soon follow in the steps ofhis grandfather and uncle, the late Bishop T.H.Thompson and M.L. Sconiers into the gospel ministry and as a servant of the church.

As a visionary concerned with the plight of thepeople, not only in his congregation but the community as well, Pastor Stevenson birthed many ministries including: The King’s Academy Learning Center and Preschool, the H.A.M.M.E.R. (Higher Academics Meeting My Educational Requirements) Tutorial Program, M.E.G.A. (Mentoring and Empowering a Generation of Achievers) Youth Tract, WOCC Bible Institute and many more ministries that aid in connecting WOCC to countless persons within the Winter Garden and Greater Orlando areas. He also founded Divine Purpose Ministries which serves to amplify and enhance the ministries of WOCC.

Under the leadership of Pastor Stevenson, WOCC has experienced a significant increase in overall membership, and great depths of spiritual blessing and individual empowerment. Pastor Stevenson is firm in his belief that while tradition is important, it is imperative to recognize God move and His will for His people at this time. Pastor Stevenson, now entering into his (18) eighteenth year as pastor¸ counts it a blessing to pastor a church that was founded upon a solid foundation of spiritual principles that is still operating in ministry after (78) seventy-eight years.

In addition to his dynamic teaching and leadership abilities, Pastor Stevenson possesses creative and anointed musical abilities as an organist. Accolades attributable to his talent include his role as the Executive Producer of one of Billboards Top 10 Gospel CD’s: “Twinkie Clark-Terrell presents the Florida A &M University Gospel Choir.” Pastor Stevenson later graduated from the Florida Agricultural and Mechanical University’s School of Business and Industry with a concentration in Management.

The primary purpose of his ministry is to change lives, reserving the ideological approach that God placed us upon the earth to make a difference in the lives of people of all origins. Transforming a generation of people to not only know God, but to do exploits for Him as spoken of in Daniel 11:32.