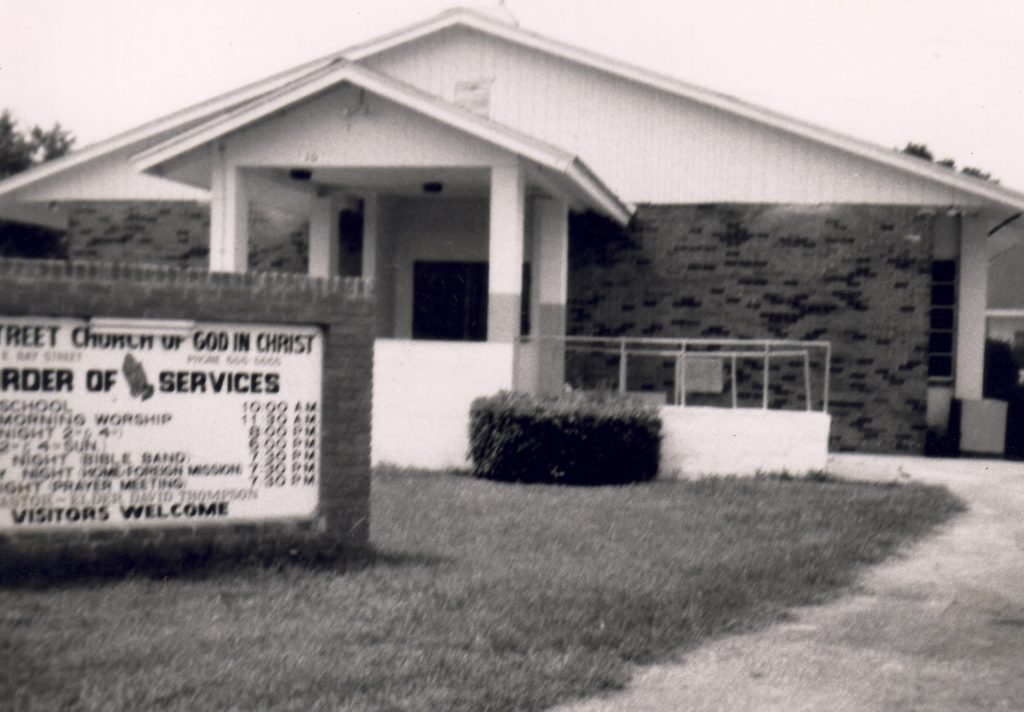 Our story began in 1934, when the Lord spoke to Missionary Rainer to go to Winter
Garden and find a place to run a revival. She obeyed the call of the Lord and as a
result many souls were saved and filled with the Holy Ghost. The revival services
were held in an old tin building located in a lane between 10th and 11th Streets and
Center Street and South Street (the present day East Bay Street). The tin building
also housed classes for the nearby Winter Garden Colored School. Missionary
Rainer’s husband Later, her husband Elder Rainer, joined her and was appointed
as the pastor. Thus the dream of a Church of God in Christ in Winter Garden became
a reality.

Over the next six years, the church continued to grow and flourish under the
leadership of several great men of God namely; Elder Willie Malone, Elder. E.B.
Beacham, Elder J.H. Hood and Elder Fair. The outpouring of God was so great that
many souls were saved and filled with the Holy Ghost and the congregation soon
outgrew the little tin building. In 1943, the Lord blessed and the church was able
to purchase a lot for $125.00 to commence construction on a new sanctuary on the
corner of East Bay Street and 11th Street.

In 1951, Elder David Thompson was appointed as pastor by Bishop W.R. Nesbitt,
Sr. During this time, God raised up a group of dedicated praying women. The power
and anointing under which the group prayed was so strong that sinners would be
drawn off the street. Some, too embarrassed to come inside, would peep through
the windows of the church. The community respected this anointed group for their
devotion to prayer. Oftentimes, church services consisted of an hour long prayer
service followed by an hour long song service. After some time, it appeared as if
the saints had literally prayed and praised the house down. The once
accommodating church building now began to lean extensively. It was at that time
that Elder Thompson and the congregation decided to build a house for God that
would stand for generations to come.

God gave Elder Thompson a vision of the building which he shared with the
congregation. After fasting, praying, and giving much thought to Elder Thompson’s
vision, the church purchased the land to construct a new building. The new
property address, which is also the present location, was located farther east on
Bay Street. The construction of the church was a concerted effort. As the people of
Jerusalem in Nehemiah’s day, the Lord gave the people “a mind to work.” Most of
the construction of the building was done by the men of the church on nights and
weekends. The building was completed in mid-summer of 1968 and the Official
Dedication Service was held on November 24, 1968. The Lord continued to bless
the church and the 19-year mortgage acquired to purchase the church was paid off
in half the time. Mortgage burning services were held on November 25, 1979.

Superintendent David Thompson served as pastor of Bay Street Church of God in
Christ for nearly 50 years. During his tenure, he led our church to great heights and
levels that profoundly impacted the lives of thousands. On June 25, 2000,
Superintendent Thompson transitioned the church to the present leader, Elder
Byron Stevenson.

Under Elder Stevenson’s leadership, the church has acquired several acres of land, a
bus and made several facility renovations. The David Thompson Life Center and the
Kings Academy were added in 2007.
Our church has been a beacon in the Winter Garden and West Orange community for
decades. The church was a known favorite to host ecumenical services and concerts.
Various gospel artists such as The O’Neal Twins, Twinkie Clark, The Pace Sisters,
Chrystal Rucker and Carolyn Traylor have performed here.

Bay Street has also been known for its own musical endeavors, boasting choirs and
music groups such as the Bay Street Gospel Choir, Inspirational Tones of Youth, The
BSC (Children’s) Choir, the EDT (Elder David Thompson) Choir, New Hope
Community Choir, Unity and Love, the Voices of Bay Street and the Jubilee Choir.
Down through the years the Lord has blessed our church from humble beginnings to
become the historical Bay Street Church of God in Christ. However, the vision and
destiny of the church was greater. In October of 2011 during the Annual Women’s
Conference, after a prophetic Word from one of our guest speakers, Pastor Stevenson
announced to the church that the name would be changing. We would evolve from
a street to a region realizing that the ministry that God gave us is much larger than
just a street. On the first Sunday in July of 2012 we officially became West Orlando
Christian Center Church of God In Christ. 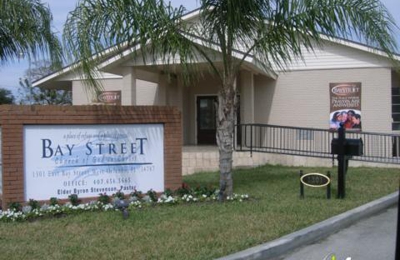